There are various types of drug rehab and treatment programs one can take in order to rehabilitate himself after extended drug use. Since the inception of drug detox and rehab programs, many approach have been developed in order to help the individual live a drug free life after detox. When you contact Fast Addiction Helpline, we will discuss these programs with you and see what is the most appropriate approach to the situation.

This treatment handles the biophysical and biochemical imbalances with a sauna (detoxification) program that eliminates toxins from the body, therefore taking away much mental and physical cravings. This is followed by teaching them new life skills that will help the individual to successfully tackle life’s problems. They will learn to communicate properly, then learn how to spot certain traits and personalities, which enables the person in question to distinguish between good and bad. A big part of the treatment is built around the ability to live life around one’s personal views but within the morals of society.

The addict will then have to deal with actions or experiences that are left over from their life before the treatment. These experiences need to be repaired so they stop affecting the addict’s life. Achieving this will lead to a happy, drug free, productive life.

At the end of the treatment, the supervisor reviews the individual’s file and decides on what that person needs to work on so that they succeed.

This method is the most successful if it is done properly because it allows the individual to become a happy, productive, drug free member of society. 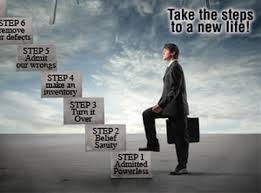 Twelve Step programs are well known for use in recovery from addictive or dysfunctional behaviors. The first 12-step program began with Alcoholics Anonymous (AA) in the 1930s. The 12 Step approach has since grown to be the most widely used approach in dealing with not only alcoholism, but also drug abuse and various other addictive or dysfunctional behaviors.

1. We admitted we were powerless over alcohol — that our lives had become unmanageable.

2. Came to believe that a Power greater than ourselves could restore us to sanity.

3. Made a decision to turn our will and our lives over to the care of God as we understood Him.

4. Made a searching and fearless moral inventory of ourselves.

5. Admitted to God, to ourselves, and to another human being the exact nature of our wrongs.

6. Were entirely ready to have God remove all these defects of character.

7. Humbly asked Him to remove our shortcomings.

8. Made a list of all persons we had harmed, and became willing to make amends to them all.

9. Made direct amends to such people wherever possible, except when to do so would injure them or others.

10. Continued to take personal inventory and when we were wrong promptly admitted it.

11. Sought through prayer and meditation to improve our conscious contact with God as we understood Him, praying only for knowledge of His will for us and the power to carry that out.

12. Having had a spiritual awakening as the result of these steps, we tried to carry this message to alcoholics, and to practice these principles in all our affairs.

The twelve steps address different “problems” such as alcoholism, substance abuse, overeating abuse, gambling, as well as many other problems.

The concept behind a religious based program is to introduce the individual to a common group whose main purpose is to bring God into the person’s life, as well as removing the individual from his common environment, and into a laborious work camp. This purpose has a small percentage of success because of the completion ratio in regards to the program. 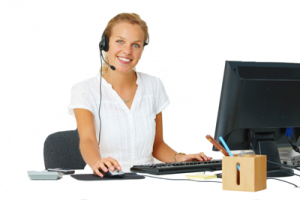